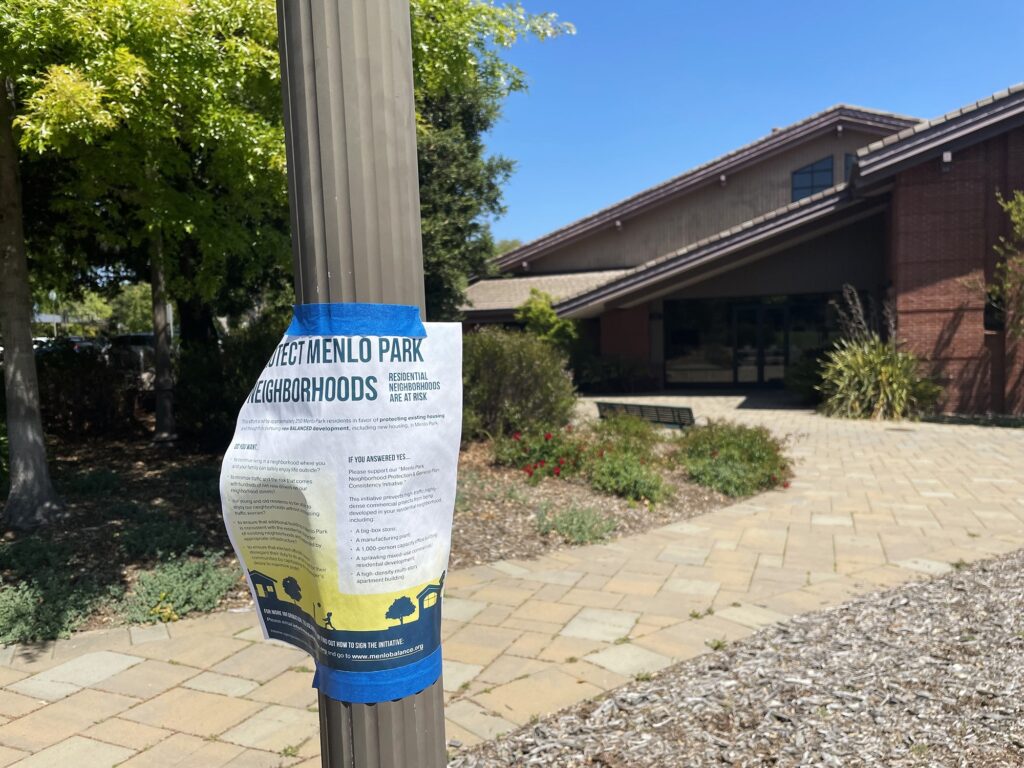 A Menlo Balance flyer that reads “Residential neighborhoods are at risk” outside the Arrillaga Family Gymnasium in Menlo Park. Photo by Andrea Gemmet.

An initiative proposed by local group Menlo Balance seeks to make rezoning single-family neighborhoods in Menlo Park require a vote at the ballot box, but critics say that it’s trying to fend off a threat that doesn’t exist.

Menlo Balance was founded by residents Nicole Chessari and Tim Yaeger to pass an initiative restricting the redesignation of single-family residential zones in the city. The group gathered 3,000 signatures in just three weeks in order to qualify it to be on the ballot in Menlo Park this year.

“It matters to me because I have a 5-year-old” Chessari said. “I want him to be able to ride his bike in our neighborhood … without having hundreds of cars zooming by, which is the problem with having high density in residential areas.”

To qualify, the initiative needed either 1,984 valid signatures or 2,183 verified with a random sampling, according to Chessari, but the Menlo Balance sought to gather enough to qualify either way.

The canvassing has not been without controversy. There are reports of canvassers telling residents that single-family homes were being knocked down to create big box stores, or claiming that the initiative has the support of the Menlo Park city attorney, who has denied the claim. There are also reports of the canvassers claiming without evidence that several council members support the initiative.

“I’m disappointed that this discussion had to reach the point of initiative,” Councilman Drew Combs said. “I wish we would have been able to bring all of the stakeholders together and work out a path for it that everyone would’ve been in support of.”

Chessari and Yaeger said it was never a talking point for canvassers to claim that the city attorney was in support of the initiative.

Menlo Together, a local group focused on addressing housing and transportation problems in Menlo Park, is opposed to the initiative, said Adina Levin, a member of the group’s steering committee. She said the city has no plans to bulldoze and replace homes in the “R1” zoning districts, which currently includes churches, a school and a vacant lot.

“There are no plans anywhere to knock down houses and do the kinds of development that the ballot measure is purporting to prevent,” Levin said.

The proposed initiative would prevent the city from rezoning single-family homes without the approval of Menlo Park voters. However, according to Levin, this would act as a barrier for several churches that want to build affordable housing in their parking lots and for old school sites such as Flood School, which fall within R1 zoning areas. 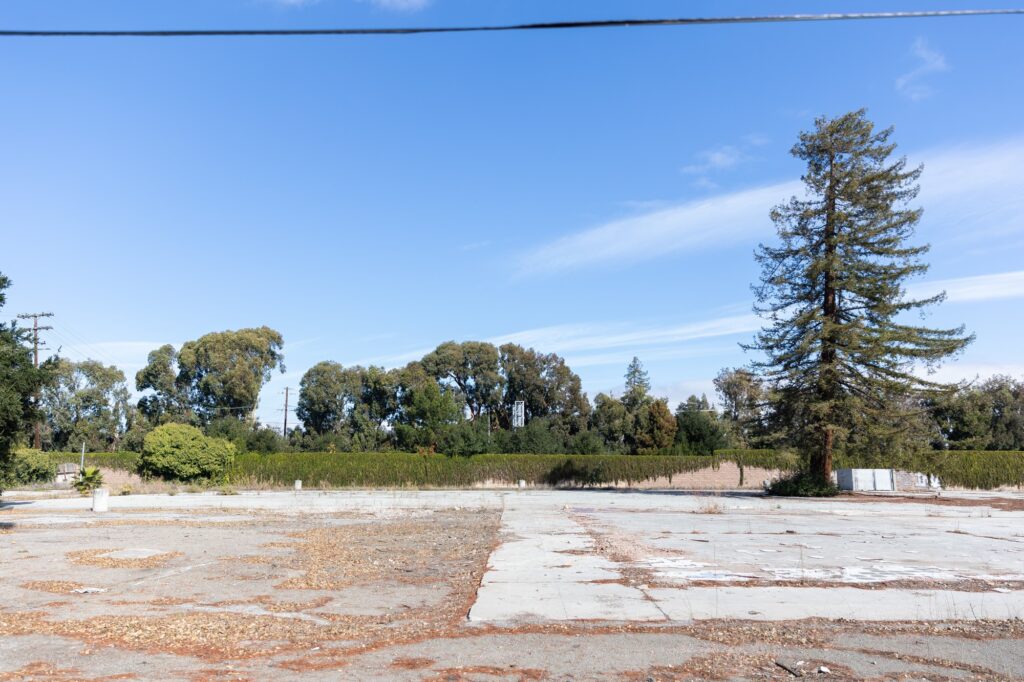 “We want an equitable community,” Levin said. “Having a good housing element that enables the creation of housing, and especially affordable housing, is something that we really want to have happen. The Bay Area as a region and Menlo Park, in particular, has housing that is really unattainable for a very large number of people.”

But Yaeger, who has a background in real estate development, insists that the city is not growing in a smart way.

“I think when you envision how the city’s laid out … with the road widths we have … this planning process was never envisioned (as) having the density we’re now talking about,” Yaeger said. “When you look at sites that are not close to the train, not close to bus stops, and you talk about putting high-density (housing) there, you are exacerbating traffic problems.”

The initiative would have a big effect on any future development of the Flood School lot. The site is proposed to have 90 units of affordable housing in Suburban Park at the former site of James Flood magnet school. If the initiative proposed by Menlo Balance passes, there must be a vote before housing could be built on the land.

The initiative can be read here.