She Disagreed With Everything He Wrote About Housing. They Had Coffee.

An invitation from a reader led to a two-year correspondence with a Times reporter — and now a profile. 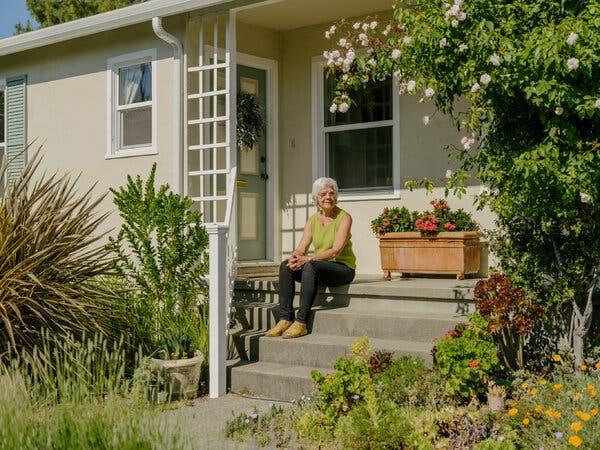 Susan Kirsch, a retired teacher in Mill Valley, Ca., is concerned by the growing influence higher governments have on housing issues.Credit…Aaron Wojack for The New York Times

Published June 12, 2022Updated June 13, 2022
Times Insider explains who we are and what we do and delivers behind-the-scenes insights into how our journalism comes together.

Conor Dougherty, an economics reporter for The New York Times who focuses on the West Coast, receives upward of 100 emails per day.

But something jumped out to him about a message he got in February 2020 from Susan Kirsch, a retired teacher in Mill Valley, Calif., who suggested that Mr. Dougherty’s reporting on the nation’s housing problems could benefit from her slow-growth perspective. Curious, Mr. Dougherty sat down with her for coffee — and found himself fascinated by a woman who had spent nearly two decades fighting the development of 20 condos a few hundred feet from her small cottage home.

“Usually when you encounter people who disagree, they have this ‘How could you?’ tone,” he said. “But this wasn’t the usual ‘You’re stupid’ or ‘You’re corrupt.’ It was like ‘Hi, I’d like to meet to share how I feel about things.’”

The resulting article, which appeared on the cover of the Sunday Business section last week, provides insight into the perspective of Ms. Kirsch as well as other NIMBYs. (The acronym, which stands for “Not in my backyard,” came into vogue in the early 1980s to describe neighbors who fight nearby development.)

In a recent phone conversation, Mr. Dougherty shared how his relationship with Ms. Kirsch developed over two years and what he hoped readers would take away from the article. These are edited excerpts.

What about Ms. Kirsch’s message intrigued you enough to follow up?
Her tone. Most of the time, when people write to you as a reporter, they tell you how much they hate you, and it’s super elevated, full of epithets. This was, “Can we meet for coffee in person and have a nice little chat about why I disagree with everything you’re doing?”

Did you know who she was?
I recognized her name as the founder of Livable California, an organization that opposes state housing legislation, and I assumed she disagreed with basically everything I’d written.

What happened next?
We had coffee, and I liked her right away. She had a cheeky way about her. She asked me to take a picture holding up a Livable California pen, and I shared it on social media, which she thought was funny. Then we kept in touch during the pandemic through emails, phone conversations and Zoom meetings.

At what point did she go from an acquaintance to a profile subject?
A few months ago, I talked to her about potentially doing a profile of her. We then had several extensive conversations about her feelings, and I asked if I could come to her house and sit down for an interview.

Did you find anything you agreed on?
There’s lots of debate right now about how much control a city or small government should have over land and housing. I am empathetic to her feeling that when these decisions are made far away, they might be the wrong decisions. “Where should the power lie?” is this deep and fundamental question that there aren’t great answers to.
How did your discussions with her reflect broader trends in American housing?
One of the themes was how out of time Susan felt her concerns were. Traditionally, the concerns of NIMBYs have been so respected and state legislators fear crossing them. But now California is very openly — and, to some extent, proudly — trying to minimize her power and influence and that of people like her. I can understand why the state is doing this, but I can also see why she is troubled by this shift toward higher governments having a larger role in housing.

What was the most challenging part of working on this article?
The challenge was bringing to life these wonky issues. We talk about zoning as though it’s the most boring thing the world, yet it determines where jobs are; who gets to live close to where they work; where the toxic waste dumps are and who has to move close to them; where the affordable apartments are; where the giant mansions are; how far an apartment has to be from a mansion — all of these mind-numbing rules that add up to how we live, who lives near us and how much it costs to live there. I can’t think of more fundamental questions.

What do you hope people take away from the article?
One of my favorite reader responses was, “This sounded like someone in my town.” That’s what I want: For people around the country to read it and say, “I know this person.”

Did your conversations with Ms. Kirsch lead to any future story ideas?
I believe the battles I outlined with Susan are going to be the ones that show up in cities around the country. My message to people reading is that the question isn’t if it’s coming to your town, but when.