The YIMBY movement is lucky to have a base that is both technically sophisticated and eager to chip in. To fully leverage this, California YIMBY is launching a research bounty program to make our research and data needs clear, reward those who volunteer to help fill these needs, and generally increase our research output without all of the typical overhead and bureaucracy.

END_OF_DOCUMENT_TOKEN_TO_BE_REPLACED

Local control is slipping away

By Ann Duwe
While every city in California was trying to create an acceptable housing element, the city councils, their consultants and we, the citizens, lost sight of the larger picture. What is slipping away is our ability to participate in shaping the communities where we live.

END_OF_DOCUMENT_TOKEN_TO_BE_REPLACED 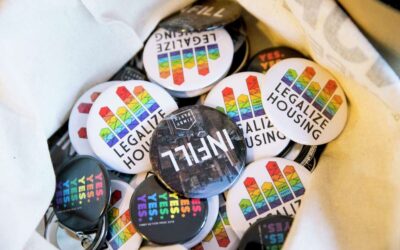 END_OF_DOCUMENT_TOKEN_TO_BE_REPLACED

By Bob Silvestri
On June 21, 2021, the Orange County Council of Governments (OCCOG) filed a Petition for Writ of Mandate (“Petition”) in Superior Court, to which the cities of Redondo Beach, Lakewood, Torrance, Cerritos, Downey, and Whittier were subsequently added as petitioners, alleging that the California Department of Housing and Community Development’s (HCD) determination of regional housing needs administered by the Southern California Association of Governments (SCAG) was incorrect,.

END_OF_DOCUMENT_TOKEN_TO_BE_REPLACED

Local officials must have control of new housing

I am writing about the recent Bay Area News Group article published in the Marin IJ (“‘Builder’s remedy’ looms as housing lags,” Nov. 28).
The first sentence claims, “It’s a NIMBY’s worst nightmare: high-rise apartment buildings going up in suburban neighborhoods — and local officials helpless to halt construction.”
Actually, the accelerated use of the builder’s remedy should send shock waves through any sentient being.